Names may be Fictitious but Stories are Real 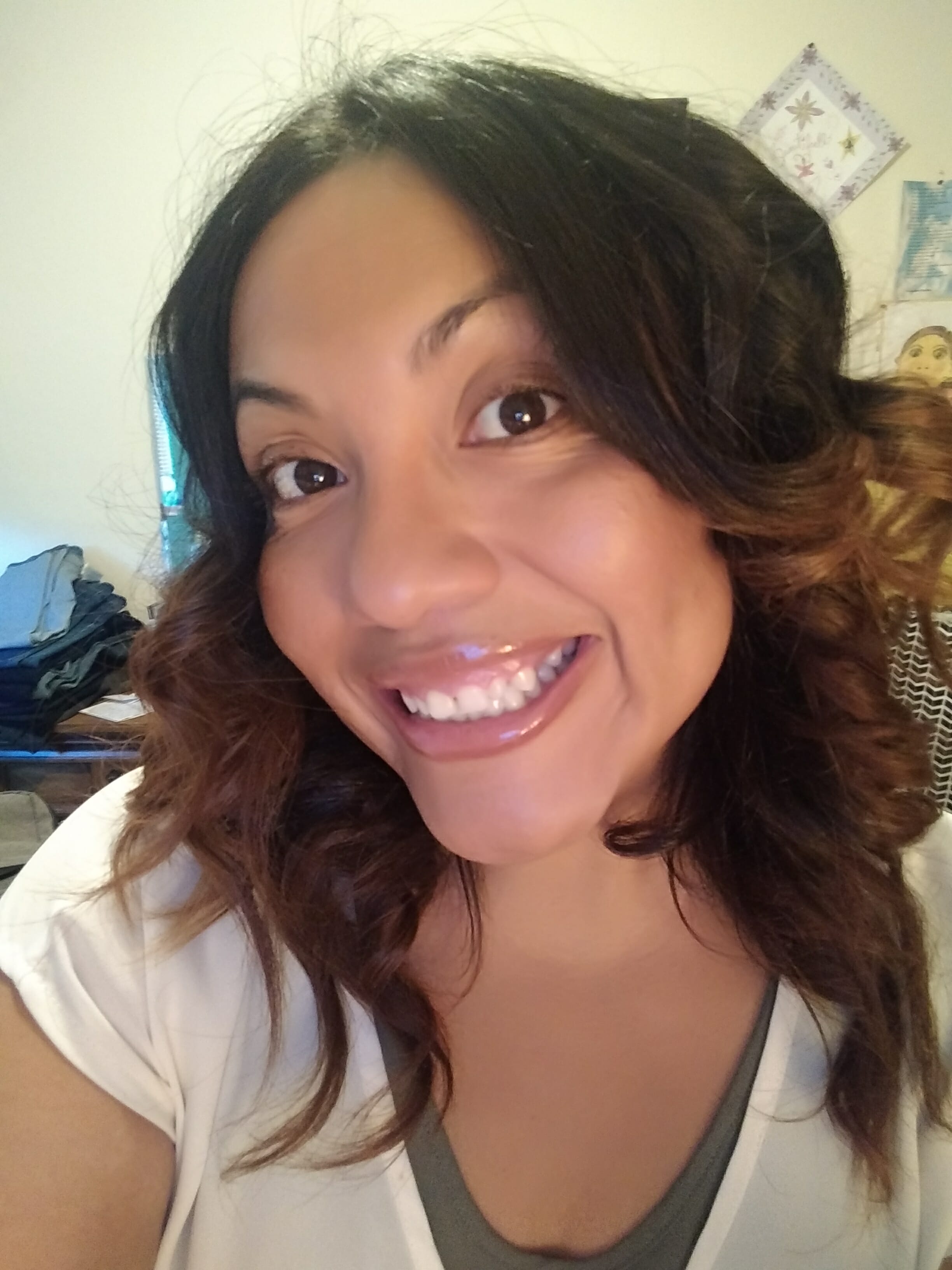 Cristina: Cristina first arrived at Trinity Center in April of 2016 and thanks to her passion for helping others, she is now an active Staff Member of our Evening Program!

When she first visited Trinity Center, Cristina had been estranged from her family for 5 years, due in part to her struggle with drug addiction. She had very limited supervised visits with her son, and often did not have the visits with him at all. She became a member at TC and started by receiving basic services. Soon after, she participated in our Evening Program began participating in our Substance Use Disorder support groups. Cristina participated enthusiastically and contributed invaluably to our recovery groups. She battled her challenges for the next year when finally felt ready to commit to making a life change. In May of 2018 she decided to move into a sober living environment. With the support of her mother, Cristina embarked on her journey toward a life of sobriety! She remained an active member of TC participated in our recovery groups. She began working at Crestwood Behavioral Health in Pleasant Hill as a recovery coach. Soon afterwards she took a position as a housing navigator at Bay Area Community Services. Currently she is employed by Contra Costa County as a lead outreach worker for the CORE team (and with our Evening Program!). She works with and gives back directly with the same homeless population that she was once a part of. Cristina is a beacon of hope for all those she comes into contact with in her life today. She is currently rebuilding her relationships with her family and will very soon regain 50/50 custody of her son and has visits with him every weekend. Cristina has been clean and sober for nearly 1½ years now and participates regularly in 12 step mutual help groups. She continues to visit Trinity Center to share her experiences, strength, and messages of hope with our members. Cristina, you are helping so many people and without a doubt an example to our community, continue the great work!

David: “The Trinity Center has really helped me by providing a space where I can eat, take showers, do laundry and just in general, feel fresh in going to my new job a couple of blocks down the street. On my days off, Trinity Center has been a place where I can relax for the day, and attend the support groups. The groups have been a big help in dealing with my stress and life’s challenges. I am very grateful for the help and support I have received in coming to Trinity Center!”

KR: “Trinity Center has helped me in providing help in difficult times with counseling and positive, motivational support groups.  This has helped to create a new confidence, and a more independent spirit, while widening my support network. I am now employed!

The staff is an amazing bunch of people and I can’t thank them enough for being here for people who are currently experiencing homelessness!”

“Jo” has struggled for quite some time with substance abuse and being homeless. Recently, he came to Trinity Center for help finding a detox facility. Unfortunately, they were full at the time, so we secured a bed for him at a facility in the Bay Area. This location was quite a journey for Jo, but his determination and persistence aided his willingness to go the distance. He used mass transit for the first portion, and rode miles on his bicycle for the last. After three weeks, Jo returned to Trinity Center to deliver the news that he got into a 3-month residential recovery facility here in the county! Jo is genuinely excited about the chance to move forward in his life without drugs or alcohol.

“Derek” first arrived at the Trinity Center in May of 2018. He had recently been release from jail and was struggling to find a foothold in the community. Issues with substance abuse soon resurfaced upon his release, and he met with an alcohol and other drug counselor at Trinity Center regarding addiction treatment programs. Derek was given resources for detox and residential treatment programs in Contra Costa County. Unfortunately, immediate access to detox and treatment in the County is very limited, so Derek had to “hold on” while a space opened up within the county’s system. In the meantime, Derek found support in the substance abuse process groups at Trinity until he was able to access treatment. Trinity Center also provided Derek with showers, laundry services, clothing, meals, and basic hygiene needs until he was able to get into a program. It took a couple of weeks, but Derek was finally able to get into a treatment program and is now stably housed in a sober living environment for the foreseeable future.

Anonymous: There is a common misconception that all homeless people are homeless due to drugs, alcohol and/or a serious mental health condition. We would like to share with you a huge success story of a woman who suffered from none other than a series of unfortunate events that led to her living in her car and various places not meant for habitation for about 4 years. After a tragic death of a close loved one, a serious accident of a child, and the lack of support and assistance from family, life took a dark turn. This former member’s debt piled up, she lost her job, and eventually lost her housing. She was homeless for about a year prior to finding Trinity Center, always trying to sleep in her car in a well-lit area that had cameras nearby in fear of being harmed. One day, she ran out of gas at St. John Vianney Church in Walnut Creek, who allowed her to leave her car there until she could receive assistance to get gas a few days later. They suggested she walk to Trinity Center which was just down the street. This is when her life changed forever. Trinity Center provided her the opportunity to take a shower, clean her clothes, visit a medical van (provided by John Muir) when needed, and eat a full meal which all led to her not appearing homeless. This overall appearance was tremendous because she never wanted her grown children to feel the need to take care of her. With the help of Trinity Center Member Advocacy services, she was able to develop a professional resume and search for jobs. Trinity Center also provided a safe, comfortable place to sleep during the winter, where our partnership with White Pony Express provided brand new clothes to members. Trinity Center’s partnership with Contra Costa Interfaith Housing helped her with finding a place to live, when she received a job opportunity.  Although this particular job did not last as planned, she says “All of the resources Trinity Center offered have been tremendous and helpful to get me where I am today. EVERYTHING was centered around Trinity Center.” Returning to the support of Trinity Center after this experience, she took multiple jobs she was not eager for to be able to save money as an emergency savings in case anything happened to her car again. When she did not have enough saved to repair her car she decided to leave the state, finding an affordable a SRO (single room occupancy) the same day she arrived on Greyhound, that charged $550/month, a much better option than a few nights a month in a motel, anywhere.  Since she was receiving unemployment and Cal Fresh, she had the means to pay for a room and food.  She never left the SRO except to go to the library and spend a minimum of  two hours every day sending out her resume and researching better job opportunities.  She did this for three months all the while still being able to save enough from her unemployment to purchase a cheap used car.  After finding a temporary job back in California and tirelessly trying to get back on her feet, a miracle happened. A job that was exactly in the field she dreamed of contacted her for an interview! She went in, was offered the job, and is now flourishing in this position. Her amazing determination and willingness to persevere did not let her down.  “Always believing in myself enough to know I would never let myself get accustomed to, or make excuses for being homeless.”   To give back, she volunteers 2 hours every week helping others through one of our partner agencies that assisted her while she was in need. We are so proud of her! One strong piece of advice she would like to offer to anyone in a similar situation is, “As difficult as it is, you have to stay positive. Whenever people intentionally hurt you, prove you are better by not reacting negatively, always be the better person and ALWAYS believe in yourself even when others don’t believe in you.